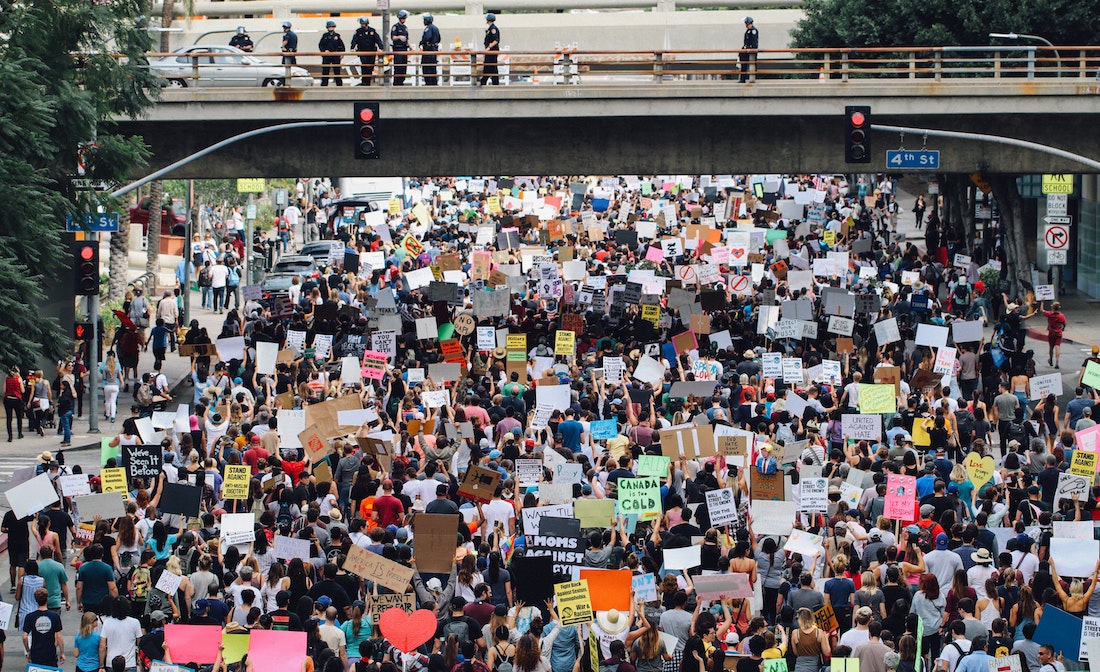 The Urban Environments Initiative (UEI) hosted a virtual event in June 2020 to further explore urban related topics within an interdisciplinary framework (read summary here). From this experimental workshop, three core topics addressing up-to-date issues in urban research emerged and inspired a series of succinct position papers. Within these papers, workshop participants sketch out their contributions to their respective field of study and situate their work in the state of the art of scholarly debate. In what follows, we point out the ways in which the position papers advance our understanding of the urban and some of its manifold facets. First, we tackle the question of how we can conceive of, and describe, the urban texture per se. We then shift to the more political realm and scrutinize the ways in which imbalances and inequality become manifest in urban settings. Finally, we explore a far less studied research field by focusing on “unintended consequences,” which—more often than not—shape the urban condition decisively. At times, the unintended, accidental, and unplanned results of an intervention turn out to be more important than the meticulously and thought-through planned project itself. It is therefore key to analyze how urban environments, their perception, and their planning develop a life of their own, and thus shape urban life in their own ways—beyond human control, but rather in interaction with all actors involved. This points to the need to re-think the urban in different terms and, in particular, to take into account more-than-human species.

Defining the urban is a challenging endeavor as disciplinary views reflect different emphasis on a range of complex urban features, such as the social fabric and lifestyle, the built environment and infrastructure or the ecological context. Without glossing over disciplinary views, we still seek to distil what makes the “urban” distinct and how we conceptualize urban “environments” in our research in different ways. What are constituent components of urban environments in our respective approaches and research fields? While the seminal works of Georg Simmel (1903) and Louis Wirth (1938) stress categories that we still consider relevant today, such as heterogeneity, anonymity or plurality, we need to extend these notions and include nonhuman actors as key players shaping urban life(styles) (Donna Haraway 2010; Anna Tsing 2015; Timothy Morton 2019). In light of the current COVID-19 pandemic, for instance, it becomes obvious that actors invisible to the human eye constitute a strong force in our daily life world. In this vein, the urban can be conceived of as a multi-species assemblage, that brings together a much broader range of “strangers” than originally thought in conventional work on the urban (see also Farías and Bender 2011). This line of argument has consequences for re-thinking the urban in various disciplines and brings into view a much broader set of actors, agencies, and articulations. This also sheds new light on interactions and complicates, for instance, planning processes as well as social research, which are largely human centered and often ignore the presence and needs of nonhuman forms of life. Acknowledging the impact of more-than-human actors on the ways in which the urban is made and experienced may change how re-planning is approached, how the city is imagined, and who and what constitutes central parts of this imagination. With this in mind, Sharma suggests “to recognize the urban as an ecological formation” creating a “distinctive place of habitation” that is populated with “unseen inhabitants,” more-than-humans and—at times—with “’unexpected neighbors.’” A relevant example are “rurban” elephants. Anindya and Srinivasaiah urge us to pay attention to the ways in which increasing urbanization profoundly changes the living space of nonhuman residents. Both authors also challenge us to seriously consider possibilities for a common future rather than to exterminate unwanted neighbors.

Another issue relating to the conception of the urban is the question of boundaries. Is it at all possible and meaningful to draw boundaries and ask where does the urban end and the rural begin – or better, where does the urban intersect with the rural? Or are metaphoric notions of cities more suitable, such as networks, metabolisms, organisms, and ecosystems? (See also Acosta et al. 2020.) Are cities, their human and nonhuman dwellers in any case related to, and shape each other and the planet at once? This question leads us inevitably to the notion of infrastructure and physical/built environment. In this vein, we can see the urban through the lens of infrastructure and its logistical challenges (Mauch): “Transforming ‘natural’ features into streamlined ones, creating operational territories, new urban forms, and trans-regional infrastructures that aim at (though rarely achieve) the frictionless accumulation and circulation of commodities while driving processes of extended urbanization challenging city-centric ‘urban age’ discourses.” Thus, urban worlds are dramatically shaped by logistics and planning processes. This also makes us think of the urban less in terms of an entity with borders and boundaries, but more as a transregional phenomenon, situated in, and shaped by, a global context. Conceiving of cities as global urban environments (Müller), leads us to the question of what role cities can and should play in the creation and mitigation of global environmental degradation. As cities host a wide range of resources in terms of materials as well as knowledge, cities might not only be seen as a “problem” in the global environmental debate but also, as part of the solution. For Ludwig, the architectural approach Baubotanik, which combines conventional construction engineering and botany, concrete and living plants, does not only reduce the ecological footprint of buildings but can actually help the environment to regenerate. In a similar vein, Pauleit stresses the approach of the urban planning concept Urban Green Infrastructure (UGI) to transcend the conventional distinction between “nature” and the built urban. Moreover, by rethinking urban structures not only in respect to environmental issues but to social challenges as well, the UGI opens avenues to transform urban spaces into areas that allow socially and ecologically more sustainable living conditions by considering both human and nonhuman forms of life. A different kind of cooperation is highlighted by Rummel who demonstrates how collaboration across academic disciplines can address challenges of urban life in the Global North more effectively than singular approaches. In particular, she shows how scholars and practitioners in the fields of urban planning and public mental health share their expertise and insights in order to identify and mitigate risk factors for health issues related to urban living conditions.

Finally, studying eateries and practices of food consumption, Gora rejects a clear distinction between the urban and the rural, and instead points out how the production, distribution, and consumption of food create “collaborations between the urban and the rural,” and thus “mixes multiple environments together.” Her pointed observation that “cultures eat ecosystems” leads us to questions addressing the unequal distribution of both the causation and costs of environmental destruction and its consequences.

Issues of injustice and inequality in cities are pertinent topics that are inextricably linked to “environment” and need to be considered in an interdisciplinary perspective. Key questions in our debate center on forms of injustice and inequality that might be particular to urban contexts, in particular when we base our understanding of urban “environment” in what Anna Tsing (2015) calls the “ruins of capitalism.” In tackling these challenges, it is important to reflect on one’s own positionality as a researcher and to ask what our role is as scholars in these contexts. Who and what do we foreground in our research, what is made visible, and what remains hidden in our debates and why? How can we give voice to more silent, subtle, and invisible forms of inequality? Seeking a “just” relationship with the environment includes the ecological dimension without losing sight of the social and the political. By pointing to socioecological injustices, in particular degradation caused by prestigious waterfront projects (Choi) ask if it is possible to reclaim and improve both ecological and social dimensions at once. The notion of “reclamation” can help us design a new agenda for a more inclusive urban environmental justice. Further, a political ecology approach allows us to address inequality from a somewhat different angle (Adedeji). Power, capital, and hegemonic interest are key dimensions in analyzing the socio-ecological impact of urban infrastructure projects, ultimately leading to entrenching and exacerbating the socio-economic inequalities in urban space. This is evident in a range of urban projects, such as the redesigning and transforming of waterfronts, which tend to polish the urban image and beautify some neighborhoods to the detriment of others. This can be framed as environmental gentrification and intensifying segregation (Schlichting) and on the other hand “repurposes the environment once again as an instrument of capital creation.” The (negative) impact of these infrastructural projects are often racialized, as evident when social privilege is at stake, for instance in American white suburbia (Gioielli), where infrastructure and mobility projects cater to mainly white residents, while furthering the stigmatization of non-white residents. Evidently, when reading these case studies, it is important to keep in mind that environmental injustices do not reside in the local but ultimately affect the planet as a whole.

Finally, issues of un-/intended consequences of urban transformation, and/or transformation of the urban respectively, have inspired a number of presentations and contributions in the course of our discussion. How can we understand the emergence of “accidental nature”? What does it mean to consider something accidental—are our actions still based on the assumption that urban life is projectable and foreseeable to a large extent? We argue that the unplanned and unintended are integral dimensions of all interactions with the urban. This becomes evident in planning processes, when for instance the removal of materials for projects of dense urbanization lead to the creation of new lifeforms, as was the case in Abu Dhabi, where mangroves and other plants appeared as a kind of “spontaneous nature” (Burt, Killilea, Rademacher). New forms of natural habitat emerge as a consequence of urban growth. The knowledge about spontaneous nature and the unexpected effects on urban structures as well as the creation of new habitats shows us how much research on these phenomena must be continued on an interdisciplinary level. While those approaches recognize and appreciate nature’s self-will, Ludwig’s advocates a more radical step. Inspired by living bridges in India made entirely from aerial roots that were bent by human imagination, he proposes to take the potential of plant growth seriously and to actually concede planning authority to “nature,” effectively making it a co-designer in urban planning. In a next step, we can move from appreciation of accidentally created nature to actually take nature’s agency seriously and to allow it to actively contribute to the built environment …to make nature co-architect and city planner… That is to consciously work with the accidental or, as Ludwig puts it, with the uncertain “outcome.”

We would like to thank all contributors for their time and effort in producing this collection of positions papers that interact with the themes of what is the urban, the unjust urban, and accidental nature. We are confident that each paper will push you to re–think the urban in a variety of ways and in many different regional contexts across our globe’s various urban worlds.

Tsing, Anna Lowenhaupt. 2015. The Mushroom at the End of the World: On the Possibility of Life in Capitalist Ruins. Princeton, NJ: Princeton University Press.

Cover image: Demonstration on the march in Los Angeles, CA. Courtesy of Alex Radelich via Unsplash.

Unexpected Nature? Proliferating Mangroves on the Coast of Abu Dhabi