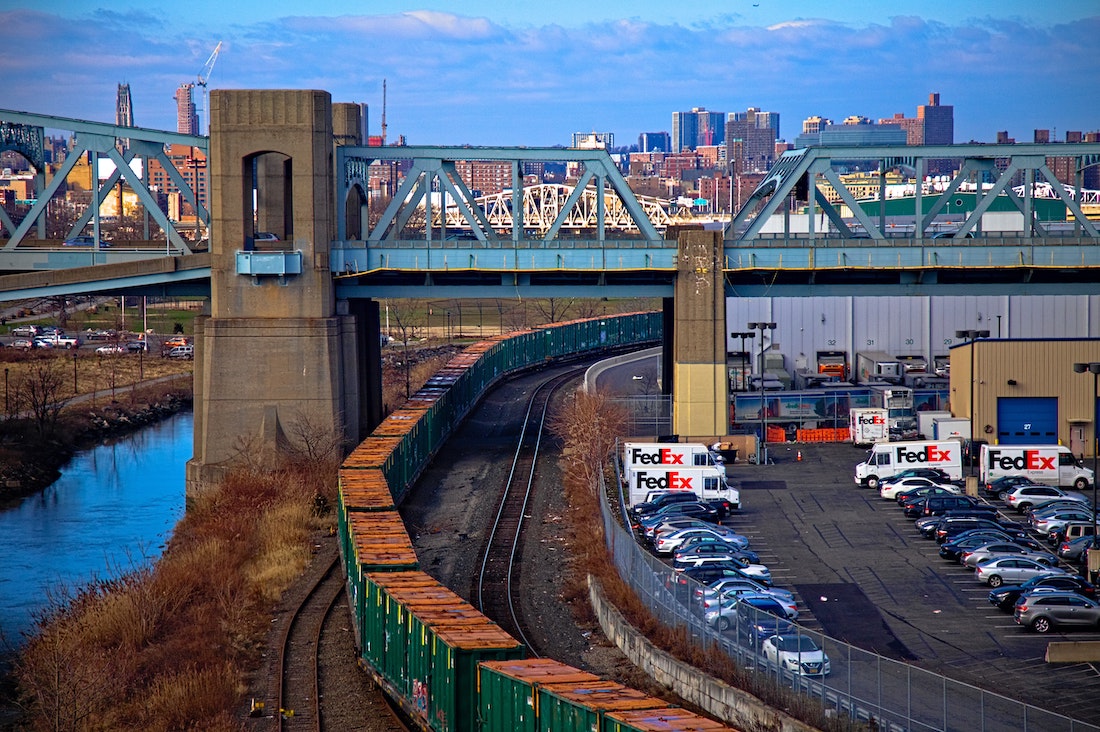 In 2011, Mayor Michael Bloomberg announced that New York City had six boroughs: Manhattan, the Bronx, Brooklyn, Queens, Staten Island, of course, but he counted the city’s 520-mile long waterfront as well. Bloomberg encouraged New Yorkers to imagine this space as a single unit of public space (Barrett 2016; New York City Department of Planning 2011). In the twenty-first century, the industrial past had finally given way to a reconfigured shoreline of green amenities.

But what of the city’s postindustrial waterfronts that have not gentrified? The South Bronx shoreline along the Harlem River is one such space. While Bloomberg’s administration courted environmental gentrification on the East River waterfronts of Queens and Brooklyn, the South Bronx did not experience a similar transformation. The concept of political ecology posits that there is an essential relationship between political, economic, and social factors and environmental issues. Building on this framework, I examine environmental gentrification, or the lack thereof, as a function of political ecology (Swyngedouw 1996). Postindustrial interpretations of the Harlem River’s environment reveal the importance of ideas of nature—both polluted and reclaimed—in the rebuilding of New York’s waterfront.

Industrialization disconnected the South Bronx from its waterfront in the mid-nineteenth century. After one hundred years of commercial shipping and industry along the Harlem, the decline of New York’s manufacturing economy, containerization, and the shift of port operations out of the urban core left swaths of the waterfront empty or in junk yards and nuisance industries; on the South Bronx shoreline, abandonment and deterioration accompanied this seismic economic shift (City of New York Economic Development Administration 1972). During the fiscal crisis of the 1970s, city and state planning and economic development offices surveyed the Harlem looking for potential reinvestment sites on the river. Yet these surveys reveal that green redevelopment was unimaginable to city planners and consultants tasked with addressing derelict postindustrial environments (New York City Planning Commission 1971; New York State Department of Transportation and Energy 1981a). Ecological consideration is remarkably missing from government reports, suggesting that environment was invisible to those surveying the South Bronx along the river. In fact, studies of this area frequently didn’t even include the shore, but stopped two blocks short of it.

Of the reports from the 1970s and early 1980s, only one state survey offered a comprehensive overview of Harlem River ecology, yet it also paradoxically exacerbated the denial of the river as a natural environment and the disconnect between riverine nature and the abutting community. A century of landfill and dumping had decimated the Harlem’s ecosystem (City of New York Economic Development Administration 1972). In 1981, the State Department of Transportation’s Rail Division declared the only resources of any historic nature on the Harlem waterfront were the bulkheads, riprap, boat slips, and buildings that stood as a “record of man’s exploitation of his environment.” The river had been “so altered by intense residential and commercial development that it preclude[d] any meaningful discussion. Flora of the area [was] practically non-existent with the exception of a few trees generally found in urban areas and shrub growth” (New York State Department of Transportation and Energy 1981b, 1). Researchers resolved there was not sufficient evidence of flora or maritime life to recommend ecological preservation or even remediation. The material nature of the Harlem had been negated by human impact; the tacit assumption behind the state report was that nature could not coexist with the level of industrial development—even after industry left the area.

Communities along the postindustrial Harlem continue to endure waterfront degradation in the twenty-first century. The South Bronx shore hosts four power plants, two waste transfer sites, an oil storage facility, and a medical waste incinerator. Activist Raymond Figueroa, who leads canoeing trips on the river, explained that his tours “involve launching [covertly] because there are no canoe or kayak launches… in this … section of the South Bronx…[it] is a concentration of industrial facilities that are actually blocking the community’s access to the waterfront. He calls this lack of access “an environmental justice issue. You look at…Brooklyn Bridge Park…where there [is] access, there are opportunities for access to the waterfront. That is not the case in this community which is sharing a disproportionate burden of environmental justice burdens in terms of waste management facilities sitings, industrial sitings, and the configuration of transportation infrastructure” (Figueroa 2017). Green amenities increasingly characterize the East River; Brooklyn Bridge Park abounds with lawns and native flora. Along the Harlem River fences, concrete, and industrial sites, not a rebuilt coastal ecosystem, dominate the shore.

Historian Ann L. Buttenweiser marks the 1990s as the crucial turning point when waterfront redesign became “cannon” for Manhattan (Buttenweiser 1999). This timeline does not fit the coastal history of the South Bronx. In 1991, New York State offered a developer a ninety-nine-year lease for an abandoned waterfront railyard. A waste transfer station, a fossil fuel power plant, a newspaper printing and distribution centers, a trucking shipping center went up—these are the spaces Figueroa spoke about. Barretto Point Park, on the far side of this industrial complex, opened in 2006 as the area’s only waterfront park. In 2015, a pedestrian bridge spanning the Bronx Kill, an arm of the Harlem, to Randall’s Island, marking the second opportunity to access green space for South Bronxites (Marton and Peterson 2015; New Yorkers for Parks 2014). The island was the path of least resistance, offering park access without having to address Harlem River accessibility (City of New York Economic Development Administration 1972). The longstanding erasure of nature and public access from the riverfront stands in stark relief with the neoliberal environmental gentrification of twenty-first century Brooklyn—this is the environmental injustice Figueroa saw when he paddled the Harlem.

Environmental gentrification signals a rethinking of urban coastal nature by politicians and planners: under New York City’s dominant political ecology, nature-as-amenity repurposes the environment as a tool of capital creation (Banzhaf and McCormick 2012). The city’s engines of wealth and power in the early twenty-first century rediscovered the value of “green” waterfronts. But only for certain parts of the city—for certain populations and districts that interest large-scale developers. The Harlem remains largely unreachable and degraded. The paradox of environmental injustice in the era of environmental gentrification remains unresolved on the postindustrial waterfront.