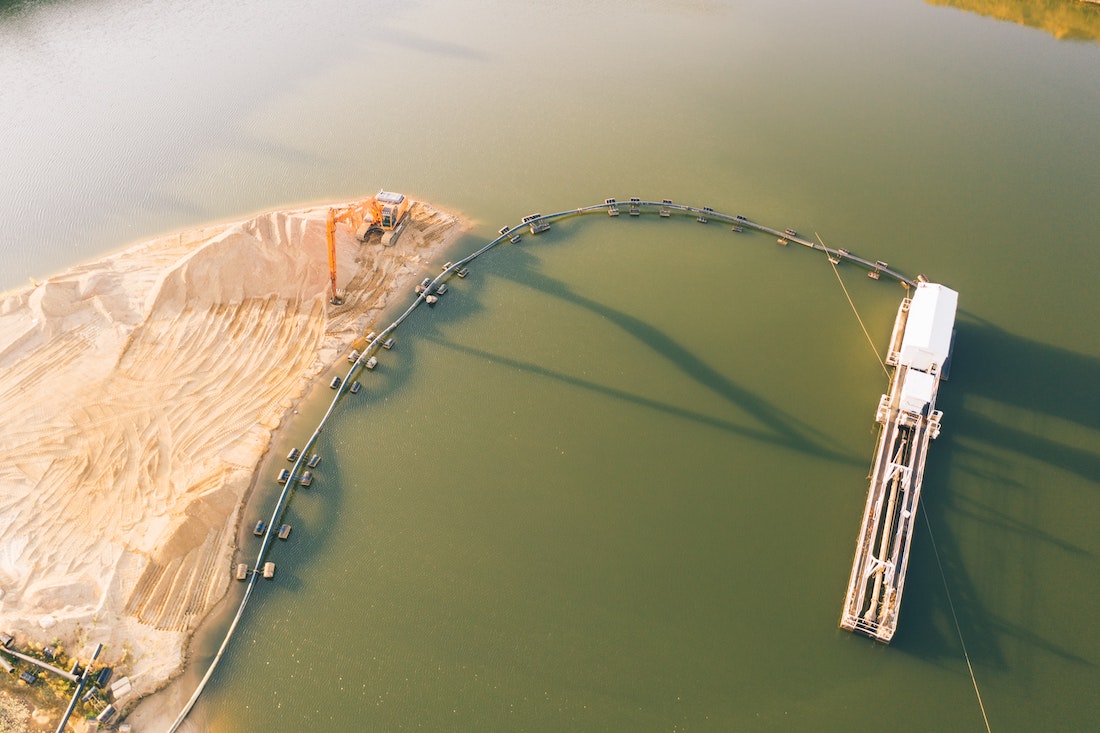 In the geographies of coasts and oceans, reclamation refers to a spatial practice that converts coastal wetlands or shallow seas into dry land or enclosed reservoirs. Throughout early history, reclamation had been closely associated with agriculture, for which it meant to turn unproductive land, swamps, and river banks into useful farming and irrigation resources. The seemingly unfitting English word “re–clamation” is thought to be derived from this embedded notion of “improvement.” Over time, the scope of reclamation expanded to include water management and the provision of urban lands. Frederick Haynes Newell, founding director of the U.S. Bureau of Reclamation, wrote: “There is involved in the idea of reclamation not merely the better use of lands otherwise practically valueless, but in connection with this the creation of opportunities for homes” (Newell 1909, 658). Today, urban reclamation takes precedence over agricultural reclamation (Figure 1).

In recent decades, urban reclamation has gained a notorious reputation in numerous shores around the globe. Contrary to its original meaning of value creation, these places witnessed reclamation causing “a complete destruction” of marine habitats, fishing villages, and seascapes (Chancellor 2017). The coastal reclamation boom has been particularly rampant in developmentalist economies. While population growth is often conveniently offered as an excuse, what their reclamation projects envision to accomplish are far from affordable housing. Instead, they are about upscale ocean-view condos, luxurious waterfronts and marinas, urban amenities such as parks and museums, and artificial beaches. Along the way, already vulnerable human and nonhuman communities become further marginalized and displaced. Moreover, this controversiality of reclamation is doubled when a project claims to build a sustainable city, as a pioneering model for our urban future. How can such a city ever claim sustainability when it is built upon devastation—and thereby rendering the lives of original residents irreversibly unsustainable?

Thus far, this dimension of injustice associated with urban reclamation has been rarely addressed either in urban justice literature or advocacy. Grievances have instead come from local communities, conservation organizations, or scientific groups. It demonstrates the limits of how we have perceived the urban: an isolated island within a given space and time. As Neil Brenner and Christian Schmid have inspired us, however, the urban no longer has an outside (Brenner and Schmid 2014; 2017). Cities can only survive by being connected to their external world in terms of resources and spaces. If this planetary urbanization thesis expands the spatial horizon of cities, reclamation urges us to rethink their temporal horizon: before and after the cities as part of the urban. Redefining the urban with this extended spatial and temporal scope, urban justice faces a new set of questions: Are the locations, grounds, and materials consumed to build cities justly provisioned? Do the cities built on the sea maintain equitable relationships with their surrounding environment and people? If not, how can we create such relationships?

With these research questions in mind, I introduce Songdo City in South Korea. In the 1980s, the Incheon metropolitan city government planned Songdo, a suburban fishing village area with vast tidal flats, as a supporting town of the Incheon International Airport. Since then, the 17.7 km2 project grew to 53.3 km2 as it earned more titles from the Incheon Economic Free Zone and International City to Ubiquitous City and Eco City. As of 2020, all of the eleven reclamation districts have been grounded, i.e., walled off from the sea. Six districts have even turned into a busy business and residential area, while the other five districts are under construction in varying stages (Figure 2).

The Incheon Free Economic Zone Authority financially compensated local fishers at least twice: 1,265 households in 1995 and another 510 fishermen in 2013. Some of them were even promised parcels of reclaimed land. Yet, the compensation scheme never reached most tidal–flat fishers, who do not own a boat and have no official record of fishing as a livelihood. Nonhuman residents—the endangered black-faced spoonbills as a representative species—were simply driven out or buried over. The Authority designated three small areas as “alternative habitats,” which yet have further shrunk or disturbed by ad-hoc development projects. Nevertheless, Songdo’s roadmap to Smart Eco City has not been challenged enough to fundamentally question its criteria. As long as Songdo adds more carbon emission reduction facilities such as solar panels, green space, LED lightings, and bike trails, it will be deemed as a model city (Smart Eco City 2018).

The case of Songdo suggests how researchers can approach reclamation as a new agenda for urban environmental justice. First, the city government emerges as a key actor in rationalizing contradictory economic growth and environmental protection practices taking place simultaneously. Second, the city residents appear as a black box demanding in-depth research: what explains their silence to ongoing socioecological injustice—is it because their financial stakes are bound up with reclamation, or because they are not informed of the severity of the issue? How would it affect work for raising their awareness and accountability? Lastly, given that such urban injustice precedes the creation of a city, researchers who travel across the cities risen from reclamation have important roles to play: documenting changes, sharing their observations, and facilitating inter-city and inter-country conversations to prevent another regrettable project.

Brenner, Neil, and Christian Schmid. 2014. “The urban age in question.“ In Implosions/Explosions: Towards a Study of Planetary Urbanization edited by Neil Brenner, 310–337. Berlin: Jovis Verlag GmbH.

The Elephant in the City: The Trialectics of Space in the Rurban Elephants of Southern India