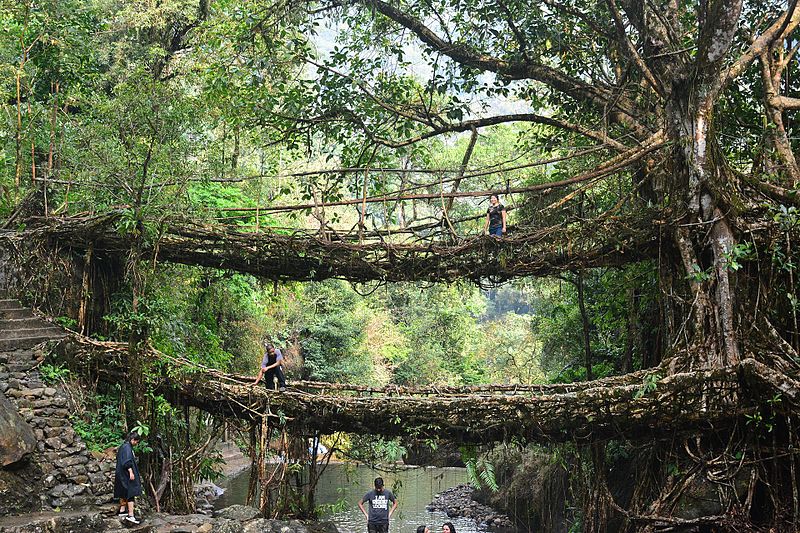 By: Ferdinand Ludwig. Department of Architecture,
Technical University of Munich

Today, buildings are considered to be environmentally friendly if they cause as little damage to the environment as possible and have the smallest possible ecological footprint. This is often measured by their energy consumption: the lower the energy consumption, the better. As a result, buildings largely cut themselves off from their environment. With maximum insulation and minimum surface area, interaction with the immediate environment is reduced to the bare minimum.

Our present global environmental crisis calls for a rethinking of this approach. We can no longer limit ourselves to creating buildings that are less impactful on the environment; we must instead create buildings that help reverse the current trend and ultimately, contribute to the regeneration of the environment. Especially in the urban context, this means maximizing interaction. Every surface of a building must be multipurpose and facilitate ecological and social processes. Facades and roofs must not only provide habitats for flora and fauna, but buildings must also play an active role in improving the water balance and microclimate of a city, and to this end they must be dynamic. Accommodating processes in turn means allowing change, driven by the growth of plants as well as the adoption of human and nonhuman users. For classically trained architects, this can be viewed as an imposition, in which they seem to lose their authority over design. However, design is in fact becoming more important than ever. Moreover, it is necessary to design processes instead of finished objects.

“Baubotanik” is an architectural approach that proactively addresses this challenge. The German neologism Bau-Botanik combines aspects of construction engineering and botany and is understood as a form of architecture that creates buildings through the interaction of technical joining and plant growth. In particular, the growth of trees or their parts is manipulated and they are combined with non-living components in such a way that they merge into a plant-technical hybrid (Ludwig 2016).

In Baubotanik, the architect becomes a co-designer who, together with the tree, creates a building. It will never be “finished,” even if desired stages of development will be reached sooner or later. How it will look in the future depends on events and factors that cannot be controlled.  Forecasts are possible but limited to rather general statements. And the further one tries to look into the future, the more blurred the picture becomes. For architecture, which in principle is always designed in contrast to nature and constructed as durable as possible, this is an imposition; neither the size nor the proportions of a building can be precisely determined by the human designer. Moreover, its appearance changes with the seasons. In autumn the building first becomes colorful and then loses its leaves, in winter it is bare, gnarled or a filigree, in spring it sprouts again, perhaps blossoms, and in summer it is densely leafy, perhaps barely recognizable as a building.

A practical example that proofs the potential of the Baubotanik approach are the living root bridges of the Khasi, a people living on mountainous terrain in the state of Meghalaya, located in Northeast India. Formed without contemporary design tools, living root bridges are an exceptional example of vernacular architecture that uses the manipulation of tree growth as a building technique. By crossing canyons and rivers, the bridges link homes, fields, villages, and markets. They provide an alternative to often unsuitable contemporary technologies and materials and can be seen as a highly specific solution for rural connectivity in Meghalaya’s geography and climate characterized by high humidity, heavy rains, torrential rivers, and steep, densely forested hillsides. Living root bridges can last for centuries, growing stronger with time in a process that combines periodic human maintenance with natural growth processes (Middleton, Habibi et al. 2020). And the process of creation is characterized in particular by the fact that it takes a very long time; in many cases, those who have started such a project do not even get to cross the bridge during their lifetime. It represents a particularly slow form of architectural production, but also an almost unbelievable example of creative action driven by foresight and thinking beyond one’s own lifetime. During their whole lifetime, living root bridges are intrinsically linked with their surroundings, ensuring slope stability and benefitting the ecosystem in various ways. They produce their own building material on site and absorb CO2 over their entire lifespan. Thereby they go far beyond the established concept of sustainable design, which aims to satisfy fundamental human needs today without compromising the capacity of future generations to meet their own (Brundtland 1987). In fact, they represent an outstanding example of regenerative design and development (Kubba 2009).

How can this example serve our contemporary cities? Living root bridges, which often take several generations to become usable, are admittedly no direct answer to the pressing ecological and social questions of our time. But we should still perceive of the concept as an example to follow. Today we are confronted with environmental problems that will affect not only us but future generations. We have to address these problems with exactly that kind of intergenerational approach that the Khasi people of Northeast India have practiced for hundreds of years. Regarding the actions we take now, we need to think one or multiple generations ahead. And there is another crucial point: the ever-changing living root bridges, which are constantly undergoing transformation through nonhuman and human activity, are often more durable than steel or concrete bridges that are supposedly constructed for “eternity” (Ludwig, Middleton et al. 2019). In a time in which not only the climate but also many social systems are undergoing fundamental change, a static approach—as proposed by conventional architecture— can hardly provide safety. Only if we accept and, in fact, appreciate uncertainty as the basis of our design practice can we cope with the environmental crisis.